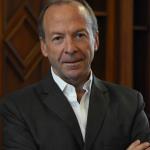 Professor Peter Burgess is a philosopher and political scientist, Professor and Chair of Geopolitics of Risk at the Ecole Normale Supérieure, Paris, and Adjunct Professor at the Center for Advanced Security Theory (CAST), University of Copenhagen. He is Series Editor of the Routledge New Security Studies collection. His research and writing focus mainly on the theory and ethics of security and insecurity. He has contributed to research and foreign policy in Europe and developed and directed a number of comprehensive collaborative research projects with Norwegian and European partners. He has published 11 books and over 70 articles in the fields of philosophy, political science, gender studies, cultural history, security studies and cultural theory.